The Chancellor’s Medallion is the highest honor presented by the chancellor. It is given to individuals who have rendered distinguished service to the university and to the community; have given their talents in the promotion of human welfare and community well-being; and who, through their integrity, sensitivity, and commitment, serve as models for students and alumni of IU Southeast. To date, 56 of these awards have been presented. 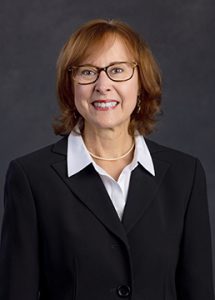 Newkirk retired from the Carnegie Center for Art & History after serving as the museum director for 30 years. During that time, the museum underwent many changes, the most impactful of which was becoming a department of the Floyd County Library. With the support of the library board, the Carnegie Center Inc. board and community support, the museum became established in the New Albany community and beyond. The Carnegie Center received national recognition when its exhibition titled “Ordinary People, Extraordinary Courage: Men and Women of the Underground Railroad” received a Bronze award of excellence from the American Association of Museums and acceptance in the National Parks Service “Network to Freedom” program.

Newkirk was a frequent presenter at national and regional museum conferences. She and author Pamela Peters were invited to speak at the Royal Armories Museum in Leeds, England, where the “Ordinary People, Extraordinary People” exhibit was on display for 12 weeks. Newkirk has received several awards, including the Indiana Council for History’s Social Studies Citizen Award in 1996, the first Anna Kathryn Hickerson Award in 2007 and BPW Woman of Achievement award and inclusion in the Floyd Central High School Hall of Fame in 2012.

Her work in the community includes service on the IUS Board of Advisors, YMCA board, Clark-Floyd Tourism board, Arts and Cultural Attractions board and the Association of Indiana Museums board. She is a member of the New Albany Rotary Club and was recently sworn in as a Court Appointed Special Advocate (CASA). 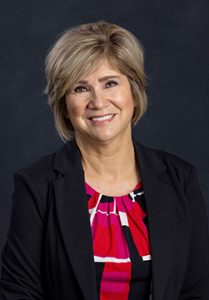 For  McGuirk, student scholarships such as the Chancellor’s Medallion have been near and dear to her heart for most of her career. A lifelong educator and post-secondary counselor retired from New Albany High School, McGuirk went above and beyond to assure her students had every opportunity to attend college and to receive every scholarship or financial aid assistance that was available to them.

A graduate of New Albany High School herself, McGuirk has close ties to IUS, earning her Bachelor of Arts in sociology in 1979, Master of Arts in counseling in 1986 and school counselor certification in 1997. She also taught as an adjunct professor at the IUS School of Education from 1986 to 1994. During her 22 years at New Albany High School, McGuirk’s students earned more than $145 million in scholarships, many of those scholarships due to her diligence in making sure each application was filled out correctly and personally writing letters of recommendation for her seniors. She also supervised countless aspiring school counselors from the IUS School of Education as a practicum supervisor.

McGuirk was twice awarded the New Albany High School’s Teacher of the Year award. In 2016, she was one of 30 high school counselors selected nationally to attend the NYSACAC Subway Tour of New York City colleges and universities. Other accolades include the 2005 IU Southeast School of Education Outstanding Supervisor in Counseling award, 2015 College Board College Scholarship Service Award and the 2019-20 IU Southeast School of Education Excellence in School Counseling Award. Earlier this year, McGuirk was also inducted into the New Albany High School Hall of Fame.

After earning her undergraduate degree from IUS, McGuirk worked for Kentuckiana Metroversity as a tutor coordinator. She later served as assistant director of admissions at IUS, where she received the 1991 IU Southeast Distinguished Service Award for Administrative / Professional Staff. Prior to joining the staff at New Albany High School, McGuirk worked at Lanesville Junior-Senior High School and was a participant of the 1994 class of Leadership Southern Indiana.

McGuirk has two children, Adam and Colleen, and a grandchild, Cruz McGuirk.

For ticket information and sponsorship opportunities, call the IUS Office of Development at 1-812-941-2464.