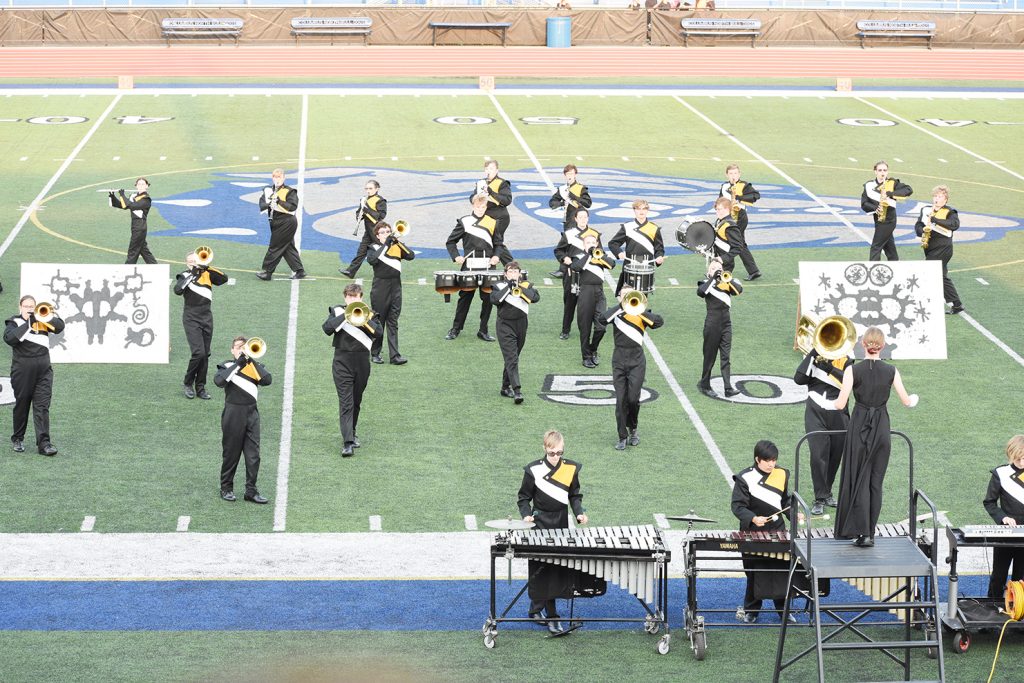 The North Harrison Marching Cougars, with its show Bees, earned the People’s Choice award, and finished fourth in Class A (small bands) less than a point behind first-place Washington, second-place Tell City and third-place South Spencer during Saturday’s contest at Evansville Central. Rounding out the class was Heritage Hills (fifth), Northeast Dubois (sixth) and Evansville Reitz Memorial (seventh). With its show What Do You See, the Corydon Central Vanguard placed fifth in Class AA at Columbus North and earned Best Percussion. Finishing ahead of the Vanguard were Monrovia (first), Shawe Memorial (second), Bedford North Lawrence (third) and Bullitt East (fourth); Indian Creek was sixth in the class. Both Corydon Central and North Harrison had to switch to alternate contest locations after the Salem invitational was canceled due to COVID-19 numbers. The two groups are polishing their shows for Saturday’s competition at the Pride of Paoli Invitational, which will begin at 4:48 p.m. with Class A followed by Class AA, which includes North Harrison (5:53 p.m.) and Corydon Central (6:19 p.m.). Awards for Class A and AA will be given at 7 prior to Class AAA and Class AAAA bands. Photos by Amy Hill and Alan Stewart