Indiana’s Ninth District Congressman Trey Hollingsworth, a Republican, is being challenged by Andy Ruff, a Democrat, and Tonya L. Millis, an Independent. Below are the candidates’ responses to a questionnaire from this newspaper. 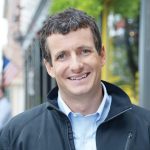 Why are you seeking the office (in 100 words or less)? As a small business owner, I was frustrated with federal laws that were hindering Hoosier success instead of encouraging American innovation and growth. I’m running for a third term (out of a self-imposed four-term limit) as your representative because I believe in the American dream and the ability of this great nation to prevail over all that challenges us. In Congress, I have a record of supporting legislation to allow you to keep more of your hard-earned paycheck and fight for a Washington that works for you, not career politicians. Our American government should help you achieve your American dream.

Why should Hoosiers vote for you (in 150 words or less)? For too long, Washington, D.C., has been filled with career politicians who care more about their own political careers than fighting for you. My No. 1 priority is to make sure Hoosier voices and values are heard and represented in the federal government. First, through government reform, I have introduced legislation to limit congressional terms and ban former members of Congress from lobbying to ensure that politicians are in office to serve you and not their own self interests. Second, through meeting with Hoosiers every day and bringing your thoughts and ideas to Congress, I’m listening to you and fighting for what matters most to you. A majority of my bills that I have introduced in the House are from conversations with Hoosiers that I then take to Congress and turn into meaningful action for you. 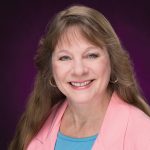 Why are you seeking the office (in 100 words or less)? When I turned 18, Ronald Reagan was running for president, his first term. He was such a good orator, he drew me in. I started paying attention to politics both at the national and local level, never missing a vote. Particularly, I have always been drawn to the U.S. House of Representatives because that is where the “heart of the people: is.” For decades now, I have been watching our freedoms and liberties “slowly” being whittled away. We the people’s independence is fading. The two-party system in Washington, D.C., is broken. Congress is a mess.

Why should Hoosiers vote for you (in 150 words or less)? Out of the 435 members in the House, what if neither the Democrats or Republicans had 218 needed for a simple majority? Let’s say one had 215, and the other had only 210 members elected because about 15 Libertarians and Independents from across the country won their race. It’s just a small group of people. What do you think would happen? It’s simple math. Hoosiers are ready for this change. I intend to win and be part of the a group of like-minded people that will go to Washington, D.C., and put the brakes on the madness, roll it back. 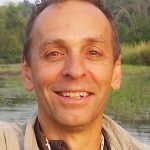 Why are you seeking the office (in 100 words or less)? The current representative of Indiana’s Ninth District has failed to do his job. No matter how many times he says he’s not another “career politician” out to benefit himself and his wealthy corporate donors, his record says otherwise. I’m a lifelong Hoosier with a decades-long record as a counselor, educator and civic leader here in the district. I have worked tirelessly in each capacity to better the lives of hard-working Hoosiers, and it’s that opportunity which motivates me to run for this office. The stakes are simply too high to sit on the sidelines.

Why should Hoosiers vote for you (in 150 words or less)? Unlike our current representative, I have a lifetime of experience living and breathing the issues that affect Southern Indiana. Not only that, I’m actually committed to addressing them as your representative. That starts with having an active, responsive presence in Indiana’s Ninth District, one that serves every resident regardless of party affiliation. When it comes to legislating, I won’t publicly cite the national debt as a concern while personally profiting off a tax bill that added $2 trillion to it. And, I won’t waste time introducing “term-limit” bills that have no chance of becoming law. My energy will be spent on the issues that affect the lives of our friends and neighbors. Things like protecting pre-existing conditions; helping farmers adapt and thrive in a changing climate; ensuring equal access to broadband internet in rural areas; and opposing any effort to gut Social Security and Medicare. We Hoosiers deserve no less.

Harrison County continued to favor Republicans, with all GOP candidates on the General Election ball...

Karen Engleman, a Republican who has been the State District 70 representative since 2016, is being ...