Karen Engleman, a Republican who has been the State District 70 representative since 2016, is being challenged by Kent Yeager, a Democrat who once served on the Harrison County Council. Voters in portions of Harrison, Floyd and Clark counties will determine the outcome of the race. Below are the candidates’ responses to a questionnaire from this newspaper. 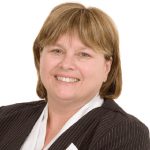 Family: I am married to Gary Engleman. We have five children and 10 grandchildren and live on a farm east of New Salisbury.

Education/Occupation/Political experience: I graduated from Corydon Central High School and took classes at IUS, Bellarmine and Jefferson Community College.  I have served as state representative for District 70 since 2016. I served as Harrison County auditor for almost 14 years and clerk-treasurer of the Town of Crandall for seven years.

Contact information for voters: My email address is [email protected] or find me on Facebook at karenforstaterep.

Why are you seeking the office (100 words or less)? I have always felt the need to try to make my community a better place. I believe my local government experience serves me well at the Statehouse. I typically work on bills involving local government and on issues like human trafficking, helping victims that cannot help themselves. I was raised on a farm and currently live on a farm, which is extremely helpful since District 70 is predominately rural. I was named a national Legislator of the Year for Governing Magazine in 2018. I have been endorsed by the NRA, Indiana Right to Life and the Fraternal Order of Police.

What is the No. 1 issue facing Hoosiers and what would you, as a state legislator, do to help correct it (150 words or less)? I think the top issue facing Hoosiers today is trying to get people back to work and school without causing a spike in the COVID-19 virus. We have got to keep working on getting high-speed internet to all residents as the virus has forced us to go to work from home, use telemedicine and put our children in online eLearning. As a legislator, I will continue to fight for high-speed internet funding and funding for PPE so that people are protected from the virus as much as possible while at work and school until we have a vaccine. Due largely to the fact that our legislature has been fiscally responsible and maintained a responsible cash balance, Indiana, unlike many other states, had a rainy day reserve going into the pandemic. I look forward to continuing to be a part of a conservative government that believes in fiscal responsibility. 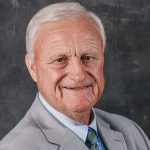 Why are you seeking the office (100 words or less)? I am seeking this office because I’m tired of the negativity and name calling that dominates our current politics. I want to focus on finding solutions to improve Hoosiers’ everyday lives. Democrats are being portrayed as something we are not, everything from socialist to hating the U.S. or worse. These ridiculous charges would have people believe that all Democrats have extreme views. Anyone who knows me knows that I’m moderate in almost every way. Nearly all Democrats I know are moderate. This diversionary tactic is replacing real discussion and damaging our ability to hear everyone and effectively govern ourselves.

What is the No. 1 issue facing Hoosiers and what would you, as a state legislator, do to help correct it? (150 words or less)? At the state level, I believe public education is the most critical issue, closely followed by improving telecommunications infrastructure and increasing the number of high-paying jobs. We must make support for public education a higher priority by vigorously supporting educators. We expect much more from those who work in jobs that interact directly with the public, such as educators and police, than we did 20 years ago. It is no surprise that many educators have become increasingly frustrated in the past few years. Teaching in a pandemic has exaggerated that even more. The profession is not as attractive as it used to be. If we don’t change that, it will result in less capable people filling increasingly complex positions. That will only diminish future opportunities. The way we accomplish these things must be done without pushing hard decisions into the future. We owe that to our children and grandchildren.

Harrison County continued to favor Republicans, with all GOP candidates on the General Election ball...

Indiana’s Ninth District Congressman Trey Hollingsworth, a Republican, is being challenged by Andy...